How to Help Students See Themselves as Mathematicians

When students’ eyes are opened to the broad community of mathematicians, they reject stereotypes and gain confidence in their own abilities. 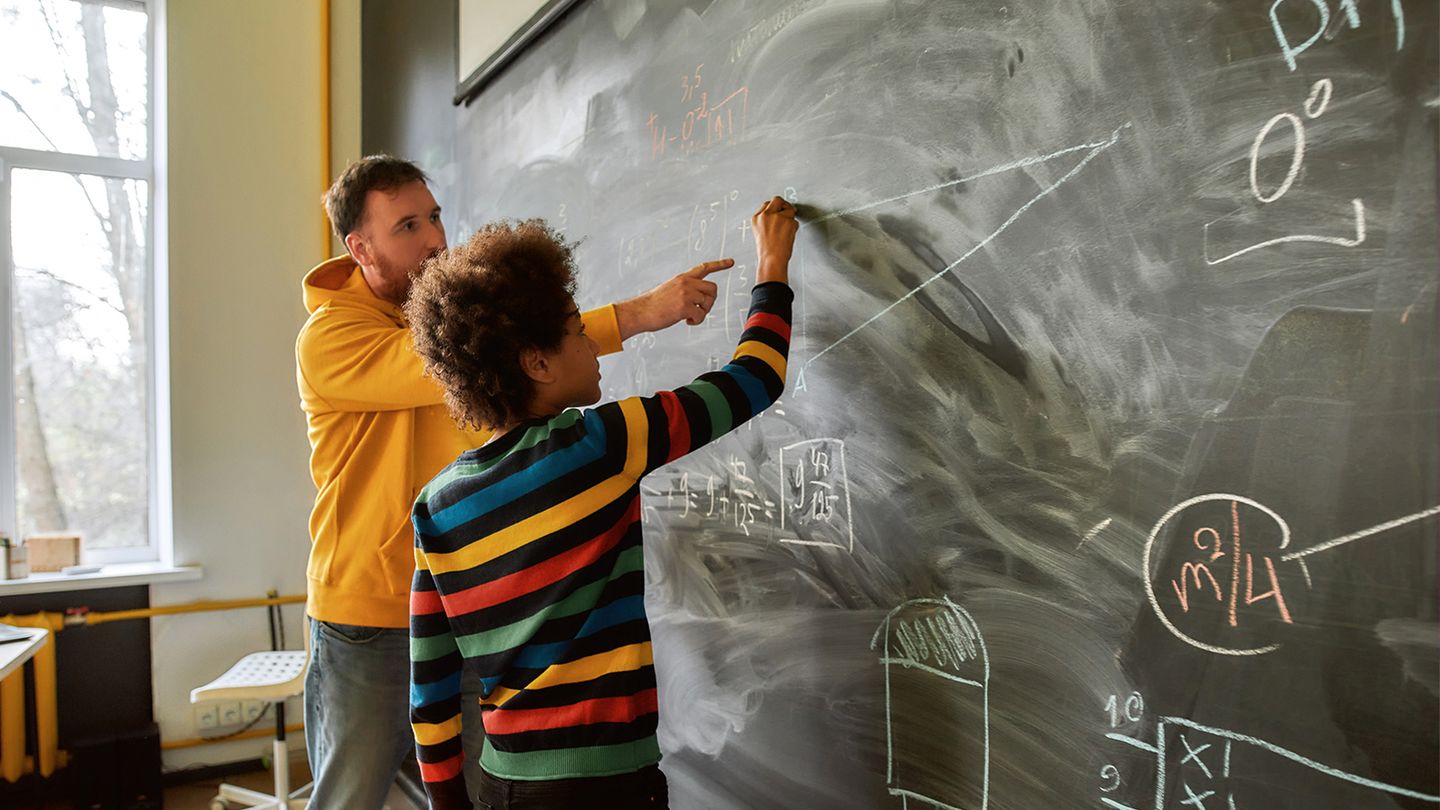 I want my students to believe they can be mathematicians. But math is plagued by stereotypes, and many students think math isn’t for people who look like them. As a math teacher, it’s my responsibility to offer counternarratives that help students see themselves as mathematicians and expand what they think it means to “do mathematics.”

Expanding Students’ Ideas About Who Does Math

One place to start is math teacher Annie Perkins’s Mathematicians Project. She has assembled and organized information on mathematicians who aren’t “White dudes.” I have followed in her footsteps, creating brief weekly presentations on mathematicians who aren’t White men to share with my students. And Annie isn’t the only person working to combat stereotypes about mathematicians. For Black History Month, Dr. Kristopher Childs shared information about a Black mathematician every day. Talithia Williams’s excellent book, Power in Numbers, explores stories of women in mathematics. George Gheverghese Joseph’s The Crest of the Peacock surfaces the non-European roots of modern mathematics. There are many more resources that share an inclusive vision of who does mathematics and what mathematics is, undermining stereotypical narratives.

Here’s one example of a story I tell as a counternarrative. Colombian mathematician Federico Ardila-Mantilla is a geometer who researches efficient ways to move objects through confined spaces. In a 2019 article sharing an algorithm for efficient robotic movement, Ardila-Mantilla connected his research to the Black Lives Matter movement. Police departments have begun using lethal robots on people suspected of crimes. He worries, “What if it becomes trendy for mathematicians to start working on optimizing robots, but not to think about what is being optimized, or whom that optimization benefits?” Math is not only solving problems. Math is also deciding which problems are worth solving and understanding the consequences of those solutions. In math class there is often one right answer. In the world, less so. Ardila-Mantilla unpacks these tensions in his article, and I want to introduce my students to those same questions.

There are plenty more stories I can tell. Black mathematician Gladys West was a hidden figure whose pioneering behind-the-scenes work laid the foundation for modern GPS systems. Black data scientist Samuel Sinyangwe works to collect and visualize data on police violence and advocate for reforms. Mathematics is a rich place, and my students deserve to hear narratives that reflect the richness of what mathematics is and what mathematics can be.

Expanding Students’ Ideas About What Math Is

School mathematics often feels narrow, as if moving forward in math only means calculating longer and more complicated things. I try to find mathematicians who do work in different branches of math, fields that provide new perspectives on what it means to do and use math. Data science. Knot theory. Topology. Complex analysis. Virtual reality. Chaos theory. Hyperbolic crochet. I barely know what these things are—but I’ve enjoyed googling them, finding a few fun pictures to throw in a slideshow, and sparking student curiosity. The presentations are short and sweet, and they’ve worked well for me both in person and virtually. I share a bit about the mathematician and their work, show some pictures, and take questions. I often don’t know the answers to students’ questions, and that’s fine by me.

Math is a human endeavor. Sharing pictures and stories from a wide range of mathematicians helps the discipline feel real, relevant, and accessible, especially to students who might not see their identities represented elsewhere. Most high school students know little about who mathematicians are and what mathematicians do. As a math teacher, I believe I have a responsibility to fill that void with a positive and inclusive vision of our discipline, dispelling the myth of a boring and irrelevant profession.

I’m a White man attempting to be an antiracist math teacher. There’s a lot that I don’t know. One important part of becoming antiracist is learning from others who are asking the same questions. If I try to invent everything myself, I’m likely to screw things up. Leaning on the wisdom of others can accelerate my growth as an educator.

As I look for new ways to help every student succeed in math, weekly mathematician presentations are a concrete place to start. Researching and preparing to share about a mathematician each week is an opportunity to reflect and hold myself accountable. What else am I doing to develop my skills as an antiracist educator? Where else can I work to undermine inequities in my classroom and in my school?